The Costa Rica legal system is a civil law system based on the French Napoleonic Code system and influenced by the Roman Criminal System and also the Spanish civil law system. This established a written system of its laws, the main feature of which is that its core principles are codified into a referable system which serves as the primary source of laws. Because it is not Common Law, like the United States of America and Canada, so things are handled differently .

Some people, in trying to save some money in legal fees, avoid the work of finding a good attorney to guide them through the process of filing for residency. That does not give a good result. You should find a good attorney that you feel comfortable with and work with him during the entire process.

Costa Rica is one of the oldest democracies in the Americas. It is a country proud of its heritage and tradition of non-confrontation, social development, and tolerance. It is the home to many international organizations such as the Inter-American Court of Human Rights, the University for Peace of the United Nations and the Earth Council. The government can be slow in answering applications, but they always apply the laws and rules so that most people are approved.

If you are planning to stay or live in Costa Rica for more than 90 days, or are planning on becoming a resident of Costa Rica, then you need to apply to the immigration department for residency. Our Law Firm handles all of this process for you and makes it very easy.

The President of Costa Rica has signed an executive decree, No. 41329-MGP for the Department of Immigration that orders the Department to process same-sex marriages for residency processing.

The decree which is called "Regulation for the Recognition of Migratory Rights for Same-Sex Couples" provides the following:
The purpose of the regulation is to regulate the recognition of migratory rights by the Department of Immigration of same-sex couples. The idea is that same-sex couples could now apply jointly for primary and dependent status as a couple instead of having to apply separately as had been the case in the past. To qualify the couple must present either a valid marriage certificate issued by a governmental authority where same-sex marriages are recognized, or a court document that would prove an imputed marriage between the couples according to local law.

With this new regulation, same-sex couples that qualify can apply for temporary, permanent or any special immigration category for which they qualify.

Authentication of Foreign Documents for Use in Costa Rica

Marriage to a Costa Rican Citizen

In the past marriage to a Costa Rican citizen allowed the applicant to file for permanent residency under the family relative provision. However, due to extensive abuses of this provision with fraudulent marriages, the law was changed.

Now under the regulations of the immigration law the spouse of a Costa Rican citizen must first apply for a temporary residency and later apply for a permanent residency.

For a fee, at the moment eighteen dollars, the FBI can provide individuals with an Identity History Summary Check, usually called a criminal history record or a police report, listing all criminal history information taken from your fingerprint submission. The FBI contains information related to arrests and, if requested, federal employment, naturalization, and military service. A Canadian police report is done by the Royal Canadian Mounted Police (RCMP) and the current cost is $25 CDN.

People from most countries, including the United States, Canada, the European Union, Australia, most South American countries, and many other countries, do not require an entry visa to Costa Rica. Also, people holding a valid, multiple-entry visa or residence permit issued by the United States, Canada, or the European Union do not need an entry visa. You must have a current valid passport and a return ticket to leave Costa Rica within ninety days. This is either to return to your country or to go to another country. Passports must be valid for a minimum of one day from the day you enter Costa Rica for people from the United States, Canada, or the European Union, and valid for six months for the other countries. As a tourist a foreign national cannot stay for more than ninety days. For a stay of longer than ninety days you must apply for residency.

If you will be traveling to Costa Rica from South America or sub-Saharan Africa, you will need a yellow fever vaccine. This is required if you visited these countries: Angola, Benin, Burkina Faso, Cameroon, Democratic Republic of Congo, Gabon, Gambia, Ghana, Guinea, Liberia, Nigeria, Sierra Leone, Sudan, Bolivia, Venezuela, Brazil, Peru, Colombia, Ecuador, and French Guyana. You can travel to Costa Rica ten days after receiving the shot.

Section 33 of the Immigration law issued in 2012 establishes a fine of $100 USD per each month that a non-resident overstays his visa in Costa Rica. This fine is in effect since 2012 but the Immigration Department issued a moratorium for the collection of the fines in 2019 and 2020. This moratorium is scheduled to end in 2021 but it may be extended again. The language of section 33 makes the fine is only applicable to people who are in Costa Rica with a tourist visa.

Belonging to the Social Security System

Costa Rican law requires foreign residents that have been approved for legal residency in Costa Rica to join the public health care system, the Caja Costarricense de Seguro Social, known as the Caja, as part of the condition to obtain their legal residency in the country. If you are applying for legal residency in Costa Rica before you are granted the residency identification card you must show proof that you have registered and are current in your payments to the public health care system. To renew your residency status you will also have to show proof that you are up to date with all payments to the Caja. Once you belong to the Caja all of your medical needs, medicine, doctor visits, hospitalization, and all other medical costs are provided totally free.

Upon your arrival in Costa Rican, as a foreign citizen, you are granted a tourist visa which allows you to enter Costa Rica and stay as a tourist or business person. This visa is never longer than 90 days, and is not a temporary residency nor a working permit. For a long time many foreign tourist have stayed in Costa Rica for the time of their tourist visa, and then leaving the country, mostly to Nicaragua or Panama, and then returning to Costa Rica to obtain a new visa. In this way they stay in Costa Rica without applying for residency status.In this way they assume the risk of being denied entry into Costa Rica when attempting to enter or being deported. If they are deported they cannot enter Costa Rica for five to ten years. It is important for everyone who wants to live in Costa Rica to file an immigration application for residency. With legal residency status problems with the immigration police are avoided and any investments or businesses are protected.

The Immigration Laws of Costa Rica

There are many laws in Costa Rica that apply to or affect immigration, visas, and residency. This is a list of most of the laws, regulations, and directives. 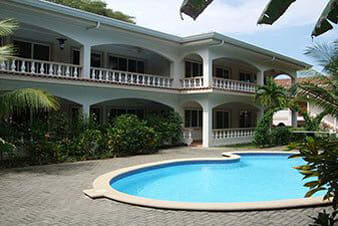 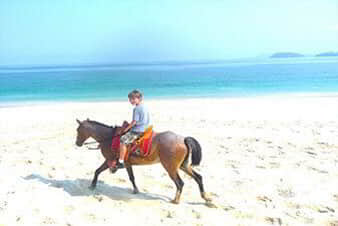