Costa Rica offers some of the best health care in Latin America. Both the private and public health care systems are excellent. The World Health Organization places Costa Rica in the top country rankings in the world for long life expectancy.

Since the 1941 creation of the Social Insurance Administration, Caja Costarricense de Seguro Social, Costa Rica has provided universal health care to its residents and dependents. In 1973, the CCSS took over administration of all twenty-nine of the country's public hospitals and all public health care. It also launched the Rural Health Program, Programa de Salud Rural, for primary care to rural areas. In 1993 a law enable elected health boards that represented the health consumers and social organizations. Social health insurance covers more than eighty percent of the Costa Rican population. Each health committee manages an area equivalent to one of the eighty-three cantons of Costa Rica. There is about fourteen percent use of private medical services and about seven percent of the GDP is allocated to the health sector.

Costa Rica has the highest life expectancy in Central America and holds the second position in Latin America with 79.6 years, just behind Canada and Chile. It also has a "Blue Zone", where people live much longer lives, located in Nicoya in Guanacaste, There are many reasons for this, among them a general better quality of life and less stress. The New Economics Foundation ranked Costa Rica as number one in its Happy Planet Index.The country experiences a well-being higher than many richer nations and a per capita ecological footprint one-third the size of bigger countries.

Currently, costs tend to be much less than doctor, hospital, and prescription costs in the United States of America and many other countries. The country spends one tenth as much per capita on health care as the United States, focusing on preventive care instead of curing disease. Also, there is no concept of preexisting conditions. Everyone is covered equally.

The CAJA is supported by three types of contributions: contributions by the people whether employees, self-employed, or voluntary contributors, contributions by employers, and contributions by the government. For the users, the contributions are a percentage of their income which is ten and one-half percent for employees at the moment. The health care in Costa Rican is free when you receive medical care since it is not required to make a payment either for the medical service or for medications; both of which are covered under the social security system. Actually some people do not make any payments to the CAJA. People with no income or income below the poverty level can register with the CAJA without having to pay, and they will receive service and medications and in some instances even a pension.,

The Costa Rican Social Security System, or Caja Costarricense de Seguro Social, is in charge of the nation's public health sector. CAJA services are guaranteed to all residents, including the uninsured. This was expanded to include undocumented immigrants as well, which constituted up to eight percent of the population. The percent of residents with health insurance has increased to ninety-two percent coverage. Twelve percent of the insured are low-income residents who are eligible to have their coverage paid entirely by the state. Emergency care is provided free of charge to all residents.

The system has the obligation to formulate and execute health programs that are both preventive, such as vaccination, informational, fumigation, etc., and curing, such as: surgery, radiation therapy, pharmacy, clinical, etc. Spending is relatively progressive, with the poorest twenty percent receiving twenty-nine percent of the health spending while the richest twenty percent receives eleven percent.

Ninety percent of the country's doctors are employed by the public sector, and about thirty percent of those also maintain a private practice. With universal health care the government provides basic dental care and basic vision care.

An office visit with a private doctor in one of these hospitals is around fifty dollars. A hospital stay is around two hundred dollars per night in a private room with a bathroom, or one hundred dollars per night in a semi-private room. Most health care situations are also priced as a package, like for childbirth. Visitation is allowed by family and friends during the day and also a guest can stay in the room with the patient twenty-four hours a day.

Many drugs like birth control pills, high cholesterol medication, migraine medicine, high blood pressure medication, and many others, are available in Costa Rica without a prescription. Most common problems can be diagnosed and treated by the local pharmacists. Also, many pharmacies have a doctor on staff. Most Costa Ricans go to the pharmacy first and consult with the pharmacist or doctor that is on staff. If they cannot diagnose the problem, or they believe you need further treatment, they will send you to the local clinic or hospital.

Pregnant women receive comprehensive prenatal care at no charge through the public health system or through their private doctor. This includes monthly prenatal check-ups, dental appointments, blood tests, and ultrasound tests, among other visits. The main advantage of the CAJA is that all services, including childbirth classes, are included. By law all children from conception to one year of age are insured, so pregnant women receive all medical services directly related to their child free of charge. Also working mothers receive four months of paid leave and when they return to work they are given time during the day for breastfeeding. Most businesses have a separate dedicated room for breastfeeding.

If you are using the private health care system then you can choose your own doctor, have 4-D ultrasounds, and other tests. Also, the private system leaves more decisions up to the patient. As your due date approaches, you'll need to make a decision regarding where and how to give birth. You can choose from the public hospitals, private hospitals, and home birth.

Abortion in Costa Rica is restricted to situations that preserve the life or health of the mother. Abortions are illegal in all other cases.

It is illegal to smoke in all public vehicles, public buildings and recreation areas such as parks, stadiums, and beaches. You are only allowed to smoke in your own private home or on the public street.

From simple fillings to complicated multiple implants and periodontal work, Costa Rican dentists are as qualified and skilled as dentists anywhere, and the prices are far less. Laboratory work is also much cheaper in Costa Rica, and materials used are all FDA approved and imported from the U.S.A..

A full range of cosmetic and reconstructive procedures are available in several clinics. Since the addition of contemporary laser technology the ability of Costa Rica's plastic and cosmetic surgeons to provide world-class services has been enhanced. Prices are sometimes fifty percent less than in the United States and other countries.

Rising health care costs in the recent years have lead patients to look overseas for more affordable options. The close proximity and high standard of care in Costa Rica began to attract medical tourists, especially for dental work. During this period, Americans began traveling to Central America to get dental work that was not covered by their insurance or that they could not afford. Today, Costa Rica is one of the most reliable, affordable and efficient countries for medical procedures. The number of medical tourists in Costa Rica is expected to continue rising. Nearly one-quarter of Americans now have passports and flights to Central America are now even more affordable. Costa Rica has high quality doctors and dentists, many of whom were trained in the U.S. and are fluent in English. 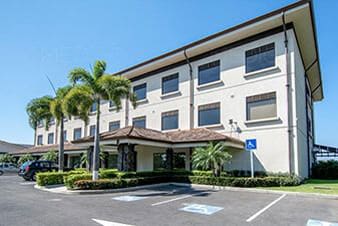 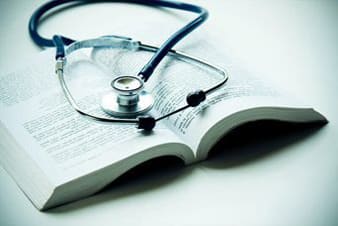 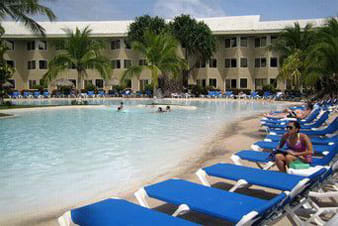